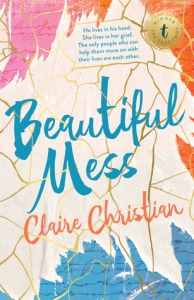 Inspired by Gideon’s love of lists in Beautiful Mess by Claire Christian, I decided to get creative with this review and make my own list of things that I loved about the novel.

Overall, Beautiful Mess by Claire Christian was a really great read. 5 stars! Have you read/heard of this book? I would love to hear your comments down below. 🙂

View all posts by Happywhale

Ever since I was a little girl, I’ve loved to read. Nowadays, I am lucky enough to share my love of books with anyone who is willing to listen. Join my journey and experience the bookworm magic for yourself.